Originally from Fort Worth, Texas, Christine Anderson is a 2019 alumna of Loyola University of New Orleans and has been a proud member of the Executive Mentor Program since 2020.

In high school, Christine played clarinet, bass clarinet, and baritone saxophone in both the jazz band and the marching band. Additionally, she served as captain of the varsity color guard. In 2015, Christine came to Loyola University New Orleans, where she majored in accounting and received minors in both entrepreneurship and women’s studies. She was an active member of Knowledge Extension for Youth (KEY) and Delta Sigma Pi, later becoming president. During her junior year, she joined the Accounting Honors Society, Beta Alpha Psi, and served as president her senior year.

Following graduation, Christine joined the team at Carr, Riggs & Ingram (CRI), where she works in the consulting department and participates on the shadow board, working with senior executives on strategic initiatives. With a growth mindset, Christine is also currently pursuing a law degree at the Loyola University New Orleans College of Law. Outside of her work and educational activities, she is a member of The NOLA Heat Dance Team.

Describing herself in three words, Christine says curious, determined, and caring; which encapsulates the energy she brings to the table. When asked how she motivates herself to succeed, Christine explains, “Every day I push myself to be a little better than I was yesterday; putting in a little more effort, responding to others with patience, and understanding,” and while “the pressure to never stop grinding can be overwhelming… consistent small improvements add up to major improvements down the road.” 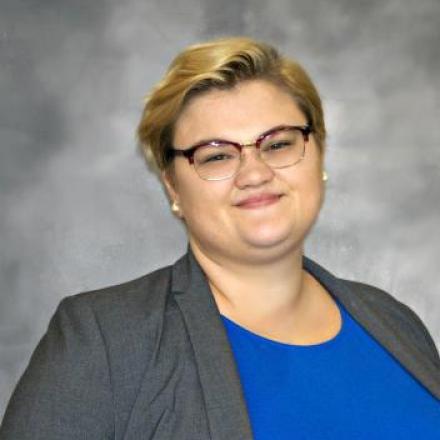