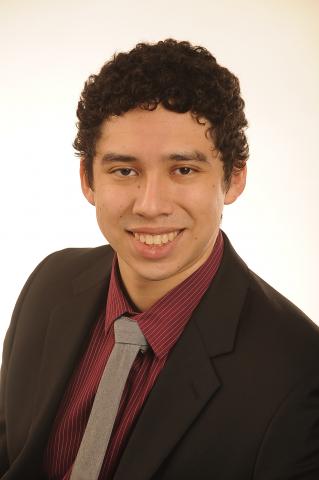 Pedro Benitez came to Loyola from Honduras. While at Loyola, he embraced the Jesuit principle of caring for others and wasted no time in getting involved in the world around him. He says his favorite thing about the College of Business is its faculty. “I have developed friendships with some and, through their and others’ teaching, discovered a whole world of learning outside the classroom,” he says.

He studied abroad at the University of Birmingham in the United Kingdom, including a three-week summer course at the London School of Economics. He completed two internships, one in accounting in Honduras and the other a finance internship in Panama City, Fla.

Benitez served as president of the University Honors Association and president of the Economics Club and was an active member of the International Student Association, among others. At Loyola, he helped establish the literacy program “Mission Imprint.” Pedro also was a member of Christian Life Communities and a Eucharistic minister in the Ignatius Chapel community. His time at Loyola culminated in his being named the Outstanding Ignatian Senior Man in 2015.

After graduation, he worked at a coffee exporter in Honduras managing all sales, purchasing, and inventory data in addition to building control sheets and doing graphic design.

“I [did] all sorts of activities,” Benitez says. “Among the more interesting of these [was] helping small coffee producers from mountains in a different region of the country (close to Nicaragua) sell their coffee directly to a German roaster. I have been to more mountains than I can count, and I [got] to drink really, really good coffee.”

He is currently working as the social development director for a Hydropower company called Blue Corp. The company builds small hydropower stations, and has a community outreach program, which he manages.

His advice for future CoB students:  “Apply! Work hard in high school, and put effort into your application. I strongly suggest applying to the Honors Program, which will help you meet a community of brilliant people of all kinds of majors. If you don’t know what you want to major in, or if you feel like your views might change, it’s OK! Finally, talk to your professors. They were once students, too, and asking them how they came to be where they are can help you get a feel of what careers are out there for you.”